Hey everybody, here are some  photos!
Posted by Capt. Ryan Sparrow at 6:08 AM No comments:

Hey everyone, The other day I was fortunate enough to be invited by a friend and coworker to accompany him to a ranch that he works at on the weekends with the prospect of hunting wild hogs. I have never been an avid hunter so I did not leap at the prospect, however, after a great deal of consideration I decided to give it a shot. I drove over to Arroyo City to meet with my friends Jacob Ahee and Eddie Coello to figure out exactly what I was getting into. After meeting up at Jacob's house we then proceeded to the ranch.

After only a few minutes after passing through the gates we spotted a Texas Indigo snake, a which are protected by law. Despite the facts that the three of us are all enamored with reptiles and our guide, Jacob Ahee, has an immense amount of experience raising and handling all manner of snakes, we decided to do the legal thing and leave the snake alone and just get a quick video of the snake darting off. After getting back into the vehicle we continued our drive into the interior, but it was not long before we spotted another threatened species, the Texas Tortoise, also crossing the road. Once again, we restrained our urge to interfere with it's natural meandering and watched it from a reasonable distance.

While still on the main road we encountered some White-tailed deer, which took off as we neared. Soon after we came to the gate that would lead us to the high fence. After a brief walk we came to the blind, but not before getting a surprise visit by several Aoudad that came within a few yards of us. Once in the blind we kept our eyes peeled for wild hogs, which were the focus of our mission. We were equipped with some no-nonsense firepower, a Weatherby 300 and a decked-out AR-15, that were provided by our guide, Jacob. Despite being well stocked with firepower and electronics to document the experience there was no sign of our quarry. There was, however, no lack of exotic hoofstock. Every which way there were Blackbuck, Axis deer, and Aoudad.

After a couple hours marveling at the abundance of these elegant creatures we decided that it was time to call it an evening and headed back to the car. As Eddie and I listened to Jacob discuss the logistics of working with these interesting animals, we came upon a lone Aoudad outside of the high fence perimeter. The second that he spotted the headlights to the car he began making a b line straight towards us. Jacob, being well versed in dealing with all kinds of wildlife instinctively made the call to reverse, shutoff the headlights, and wait. Soon the big lone Auodad wandered off leaving the three of us speculating about how this big fella could have escaped.

All in all, this expedition was an amazing experience and we had a whole bunch of laughs and shared too many stories to recount. I especially enjoy getting to hang out with Jacob and Eddie together because they form a comedic duo that would easily rival Richard Pryor and Gene Wilder or Jerry Seinfeld and Jason Alexander. Additionally, this trip gave me an opportunity to see my buddy Jacob in action in on of the environments that he thrives in. If you are ever in the market to go out for guided expedition looking for Alligator, Nilgai, Aoudad, Axis deer, etc give Jacob Ahee an email and he can point you in the right direction! Thanks again Jacob.

Posted by Capt. Ryan Sparrow at 7:19 PM No comments: 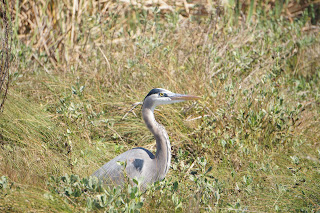 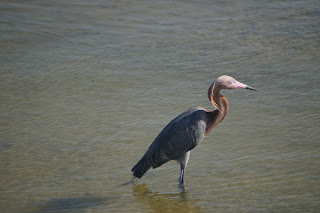 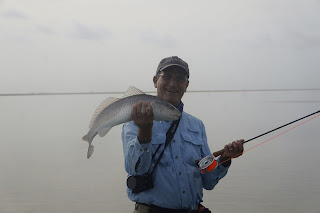 Welcome to Ryan's Report! This is a blog designed to showcase flyfishing and wildlife encounters throughout the lower Rio Grande Valley. This morning was exceptionally calm and clear and I attempted to chase big reds with my uncle. We decided to drive down South Padre Island and walk across the beach to wade out to an area we call "the sand". While the overwhelming majority of conditions that can effect a fishing day were in line with greatness, there was one sizeable factor that posed a challenge; the high tide combined with the influx of water brought on by tropical storm Nat.

My uncle and I decided that it would be worth our time to drive out and investigate in person and we gathered our gear and set off. After reaching the access point, we discovered that it would have been a rather arduous hike to reach our destination and after much deliberation we decided to try again after the waters receded to their usual ankle to calf level. While this experience did not yield fish, it did produce something far more enduring in value. This chance outing allowed me to reconnect with my uncle, who is a very accomplished angler and outdoors man, and hear about stories of when he and my father began experimenting with wade fishing and sight casting at the very same location over four decades ago. While I understand that we all expect to hear tales of greatness in any good fishing story I am now aware that sometimes there is much to be said for the experiences of connecting with your fellow anglers over stories and some good old fashioned trial and error. Thank you for reading and please check back in frequently for photos, videos, and commentary.
Posted by Capt. Ryan Sparrow at 11:47 AM 2 comments: